Dr. Nesochi talks to CBS news about a study on high endurance exercise and your health–Watch now. 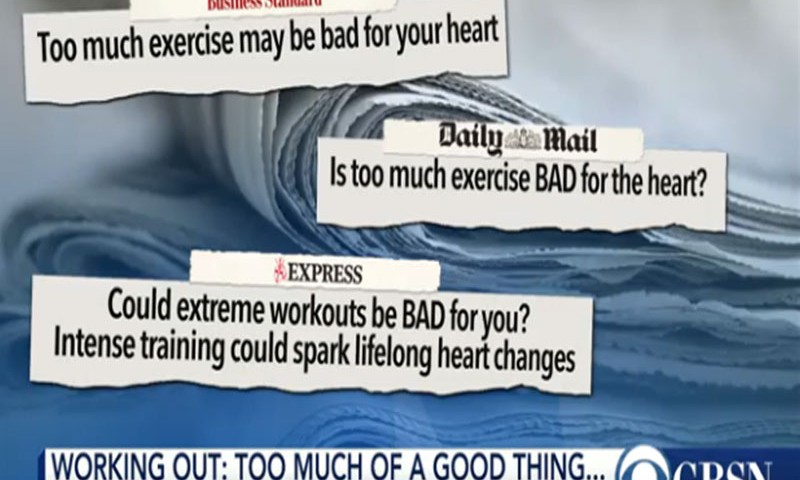 Could too much exercise be toxic?

It’s been well-established that regular exercise is a key component to a healthy life, but when it comes to physical fitness, can too much be a bad thing?

Possibly, according to new research.

A review published in the Canadian Journal of Cardiology states that there’s growing evidence that high levels of intense exercise may be toxic to the heart. The research suggests exercising too hard and for too long may promote permanent structural changes in the heart, which could potentially lead to abnormal heartbeats.

However, experts emphasize that this research refers to high intensity endurance exercise, not your typical fitness routine.

Igbokwe, who was not involved in the study, explained that the researchers analyzed several small studies on the topic and found that “those who were involved in these long endurance training and exercise processes had some issues with their heart. Specifically, there were some structural changes that could occur that could lead them to have some atrial fibrillation or irregular heart rhythms, essentially.”

According to the American Heart Association, atrial fibrillation, or AFib, can lead to blood clots, stroke, heart failure and other heart-related complications.

The study authors are quick to note that questioning the risks of too much exercise in no way undermines the evidence for the many benefits of physical activity. But that doesn’t mean studying the potential dangers is any less important.

“Much of the discussion regarding the relative risks and benefits of long-term endurance sports training is hijacked by definitive media-grabbing statements, which has fueled an environment in which one may be criticized for even questioning the benefits of exercise,” study author Dr. André La Gerche, head of sports cardiology at the Baker IDI Heart and Diabetes Institute in Melbourne, Australia, said in a statement. “This paper discusses the often questionable, incomplete, and controversial science behind the emerging concern that high levels of intense exercise may be associated with some adverse health effects.”

In their analysis, the researchers excluded people with inherited heart conditions in order to focus on whether exercise may lead to a change in the heart that may be a cause of arrhythmias in its own right.

La Gerche pointed out that the research on this topic is limited and called for more studies to better understand the risks.

“The answers regarding the healthfulness of ‘extreme’ exercise are not complete and there are valid questions being raised,” he said. “Given that this is a concern that affects such a large proportion of society, it is something that deserves investment. The lack of large prospective studies of persons engaged in high-volume and high-intensity exercise represents the biggest deficiency in the literature to date, and, although such work presents a logistical and financial challenge, many questions will remain controversies until such data emerge.”