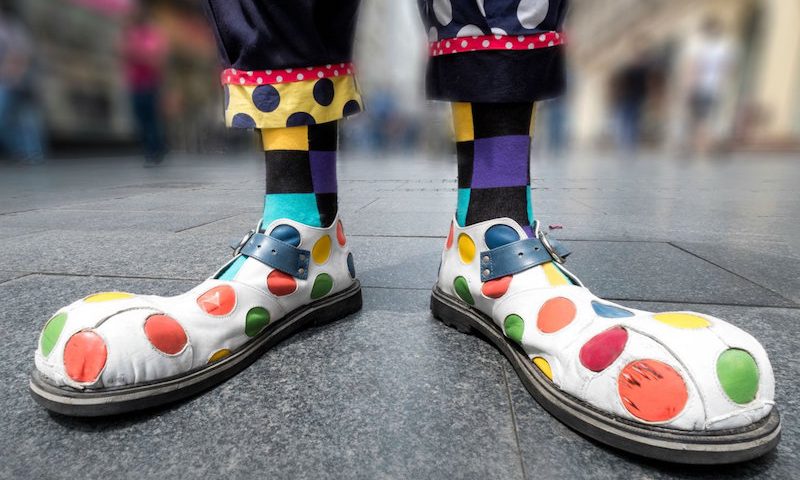 The myth that there’s a connection between the size of someone’s shoes and the length of their penis is a pervasive one. Folk wisdom dictates that big shoes equate to a bigger penis, but what does science have to say?

In 2014, researchers compared the penis measurements of more than 15,000 people and they found that the average length of a flaccid penis is 3.61 inches and the average erect penis measures 5.16 inches.

INSIDER consulted with medical experts and reviewed scientific studies to find out if there’s any connection between shoe size and penis length.

The verdict: There’s no connection between shoe size and penis size

So does penis size have anything to do with shoe size? The short answer is no. Ample scientific research has confirmed that there is no statistically significant relationship between how big someone’s feet are and the length of their penis.

“Penis size is not correlated with or predicted by shoe size or any other body part for that matter. Penis size is determined by a combination of genetics and environmental factors, mostly in utero,” Dr. Jill McDevitt, resident sexologist at CalExotics, told INSIDER.

A 1993 study compared the height, foot length, and penis length of 63 Canadian men. Though researchers found a very slight correlation between larger feet and longer penises, they noted that the relationship was so weak that “foot size would not serve as practical estimators of penis length.” Another study of 104 men published in the British Journal of Urology International in 2002 also found no statistically significant correlation between penis length and shoe size.

“Trying to predict a person’s penis size based upon the size of their feet is pretty much futile. The body of research available demonstrates no scientific evidence that can definitively link both penile length and shoe size, yet the ‘large feet equals large penis’ myth still continues to pervade in popular culture,” Dr. Nesochi Okeke-Igbokwe, physician and health expert, told INSIDER.

There’s no correlation between penis length and any other body part, either

In 1999, a study of 655 Korean men was undertaken to determine if there was any relationship between penis length and the size of other body parts, including feet.

Researchers measured participants’ slightly stretched flaccid penises and compared the length to the size and length of the men’s fingers, toes, noses, ears, and mouths. They also measured the men’s height, weight, and level of baldness. The researchers found that though penis length was slightly correlated with penis circumference, “the size or characteristics of body extremities is not enough to predict the penile size.”

The data suggests that you can’t tell how large someone’s penis is by looking at any other body part.