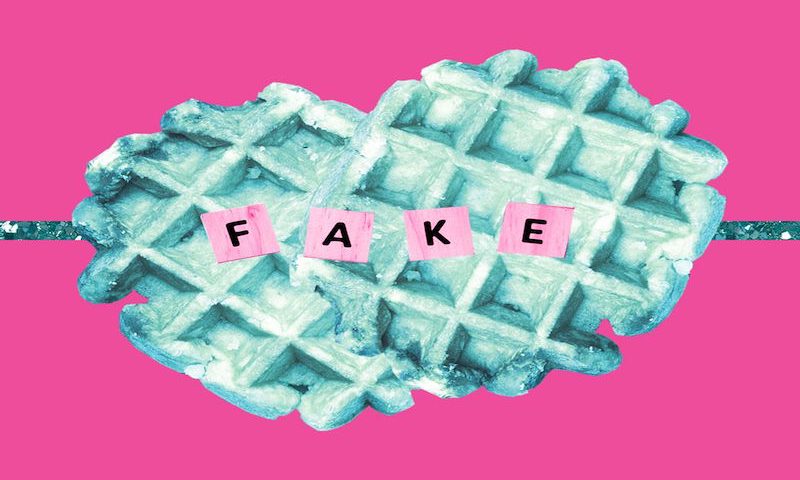 No, it’s totally fake! It’s “nothing more than an internet hoax in which there was an image circulating that depicted discolored blue female genitalia,” explains Dr. Nesochi Okeke-Igbokwe, M.D., M.S.

“There is no such disease in medical literature,” says Dr. Savita Ginde, MD, current VP of Medical Affairs at Stride Community Health Center and former Chief Medical Officer at Planned Parenthood of the Rocky Mountains.

But that doesn’t stop people from asking about it. Dr. Ginde says she’s had female patients in her clinic ask about the mythical disease over the years. “Telling them it’s a fictitious ailment is often met with disbelief, considering the internet is loaded with disturbing images of blue-tinted, pus-covered, lesion-filled labia,” she adds.

Another important thing to consider here: You can have an STI/STD and be asymptomatic, aka straight up not show symptoms out of the ordinary. That’s why you should always be regularly screened for STIs if you’re sexually active, says Dr. Igbokwe. “Patients tend to believe that one will always find a scary-looking lesion in the genital area that indicates there is an infection.” But that’s not always the case, Dr. Igbokwe adds.

Why is it called “blue waffle”?

Apparently, some people refer to the vulva using the slang term “waffle,” explains Dr. Ginde. Personally, I’ve never met anyone who calls a vulva a waffle, but I have to wonder about their experiences with getting up close and personal with actual vulvar anatomy, since “waffle” feels like a reach.

As for the “blue” part of the name? It’s “because the fake disease supposedly causes bruising, blue discoloration, and lesions” on the vulva, explains Dr. Ginde.

Where did the “blue waffle” hoax start?

“I have no idea how or where this miscommunication started, but it’s demeaning to women and wrong,” says Dr. Ginde. “The misinformation suggests blue waffle disease is sexually transmitted and impacts only women with multiple partners.” So, not only is it totally fake, but it’s also sexist, which adds an extra layer of ugh to the whole thing.

Is there a “blue waffle” for men?

No — which should tell you something about the origins of this hoax. STIs impact men and women differently, but there are none that impact only the vagina, says Dr. Ginde. Bottom line: If anyone mentions Blue Waffle Disease in your vicinity, make sure you set them straight on this bullshit myth.