Dr. Nesochi discusses the effectiveness of the Pull-Out Method on SHAPE. 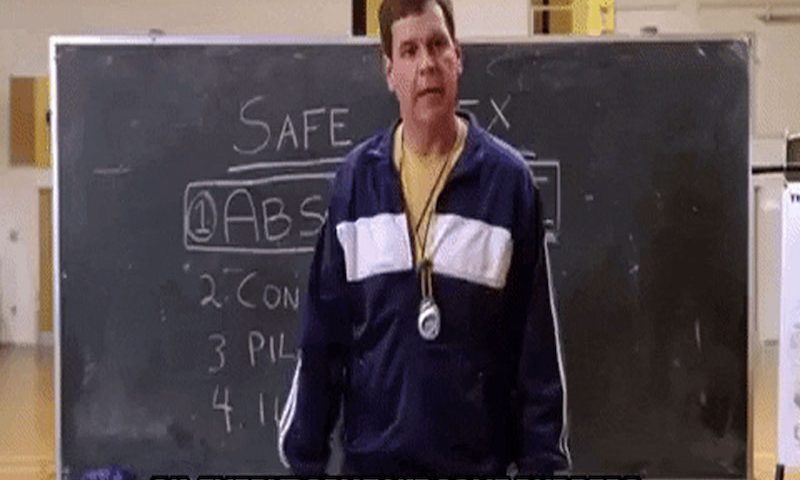 How Effective Is the Pull-Out Method, Really?

Here, learn the success (and fail!) rate of the pull-out method, plus how it compares to other forms of birth control.

Okay, you get it. This is a clunky version of The Sex Talk™ meant to bring up something questionable that grown-ass adults are doing in the bedroom: using the pull-out method.

What Is the Pull-Out Method?

A little refresher: The pull-out method is when, during penis-in-vagina sex, the person with the penis pulls out of the vagina prior to ejaculation.

“Doctors also commonly refer to this form of contraception as ‘coitus interruptus’ or the ‘withdrawal method,'” says Mary Jacobson, M.D., medical director of Alpha Medical, a health service that specializes in women’s healthcare. The theory is that pulling out before ejaculation prevents the male from ~pollinating~ the female, thus preventing pregnancy.

Turns out, it’s pretty common: “The percentage of women who have ever used the withdrawal method is around 65 percent,” says Dr. Jacobson.

Why are so many people using the pull-out method? If you’re part of that 65 percent, you probably already know. “Maybe one or both partners don’t want to use a condom or have the perception that it interferes with pleasure, or maybe the couple is in a monogamous relationship and has made that choice,” speculates Dr. Jacobson. Or, it could simply be because “it seems more convenient and/or readily available than other forms of contraception.” (Friendly reminder: If you’re worried about paying for contraceptives, you can visit local Planned Parenthood health center and get condoms and dental dams for free.)

But just because ~everyone is doing it~ doesn’t mean it’s a good idea.

So How Effective Is the Pull-Out Method?

Let’s get right to the numbers: “The pull-out method is about 70- to 80-percent effective,” says Adeeti Gupta, M.D., founder of Walk In GYN Care in New York City. The Centers for Disease Control also reports that the pull-out method has about a 22-percent failure rate. Meaning, about 22 out of 100 people will get pregnant using the pull-out method as their only form of contraception.

Sound dicey? It is. While pulling out pre-deposit sounds easy enough, it actually requires quite a bit of ~finesse~. “It requires control and timing; if your partner gets caught up in the moment, they may not pull out in time,” says Anna Klepchukova, M.D., the chief science officer with Flo Health, a digital pregnancy predictor for women. (Also, did you know your chances of getting pregnant are higher with a new partner?)

“Anecdotally, I can tell you that some men really know when you’re about to ejaculate, and others, not so much,” says Jen Gunter, M.D., FRCS(C), FACOG, who’s regularly referred to as Twitter’s resident ob-gyn. “And the ones who do know may lose that ability if they’re stoned or had a drink or two.” Good point.

And then there’s the question of pre-cum.

Even if the pull-out method is executed perfectly every time, according to Dr. Gunter, the success rate is still only about 96 percent, meaning, there’s still a 4-percent chance you can get pregnant.

That’s because, even if the partner pulls out way before ejaculating, there’s a little something called pre-cum (aka pre-ejaculate), that’s released before the ~official~ ejaculation, explains Dr. Gupta. “Studies show that, while the number of sperm in pre-cum is lower than it is in ejaculate, sperm are still present—meaning that you can get pregnant,” she says.

However, the research on this subject is lacking, so we don’t know exactly how “potent” pre-cum is. As of yet, there’s no way to tell whether couples who became pregnant from the pull-out method got pregnant from the pre-cum itself or human error (aka delayed withdrawal). Whatever the root cause, though, pregnancy is pregnancy.

How Does the Pull-Out Method Compare to Other Forms of Birth Control?

“Most couples (and their doctors) are surprised at just how effective the pull-out method can be,” says Rob Huizenga, M.D., celebrity physician and author of Sex, Lies & STDs. “But is it perfect? Nope. And for couples who are truly not desiring pregnancy, the odds are something to keep in mind.”

Especially since, out of allll the other birth control options Planned Parenthood lists as viable forms of contraception (18 in total), the pull-out method ranked dead last. “It’s less effective than other popular forms of birth control,” says Dr. Jacobson. For context:

Side-by-side, comparing the condom failure rate vs the pull-out failure rate may make you want to ditch rubbers—but keep in mind that, when used correctly and every single time, condoms are highly (98-percent) effective.

The Pull-Out Method Will *Not* Protect You from STI’s

Bad news: “The pull-out method does not protect against sexually transmitted infections (STIs),” according to Dr. Jacobson. “STIs (such as HIV, chlamydia, gonorrhea, and syphilis) can be transmitted via pre-ejaculate fluid.”

Additionally, direct skin-to-skin genital contact (even if there isn’t penetration) can transmit other viruses such as genital herpes, HPV, and pubic lice, she says. (If you’re using a contraceptive that isn’t a condom like an IUD or birth control pills remember you can still contract these STI’s, too.)

“There is also often a tendency for people to underestimate the risk of contracting STIs and even harbor a very false sense of invincibility when it comes to their risk of exposure to infections,” says Nesochi Okeke-Igbokwe, M.D., M.S., a New York City-based physician and women’s health expert.

That’s why it’s important both parties are on the same page regarding monogamy and health status. “Communicate and get tested prior to trying the pull-out method so both parties are consenting to the situation and there are no surprises,” says Dr. Gupta. Otherwise, you should do your due diligence and use a protective barrier during sex.

“We also see a lot of folks combining the pull-out method with timed birth control, or the charting method,” says Dr. Gunter. Basically, that entails using a period tracking app, paper calendar, cycle beads, or the Natural Cycles app to track your cycle and risk of pregnancy. “The problem with this is it relies on periodic abstinence in order to be effective, which people may or may not be willing to do,” she says. “Plus some of these apps are highly inaccurate and require a high level of human diligence.” True.

On the topic of dual forms of birth control: Dr. Gunter suggests that if your partner does pull out too late and you’re not trying to get pregnant, you may consider taking an emergency contraceptive. “But if you’re having to take Ella or Plan B once a month, you really might think about whether this is a viable form of birth control for you.” Plus, there’s the fact that emergency contraceptives aren’t one-hundred percent effective either.

The Bottom Line On Pulling Out

Does the pull-out method work? “It’s not super reliable and it won’t protect you from STI’s, but if you don’t want to get pregnant, it’s better than nothing,” says Dr. Klepchukova. “Still, I’d urge folks to consider another more reliable form.”

And it’s worth mentioning explicitly: Because it hinges on the partner with the penis pulling out in time, the other person has zero control over whether or not their partner withdrawals in time—a huge downside all the experts emphasized again and again. (#yourbodyourchoice)