Dr. Nesochi discusses some of the health benefits of watercress on Medical Daily. 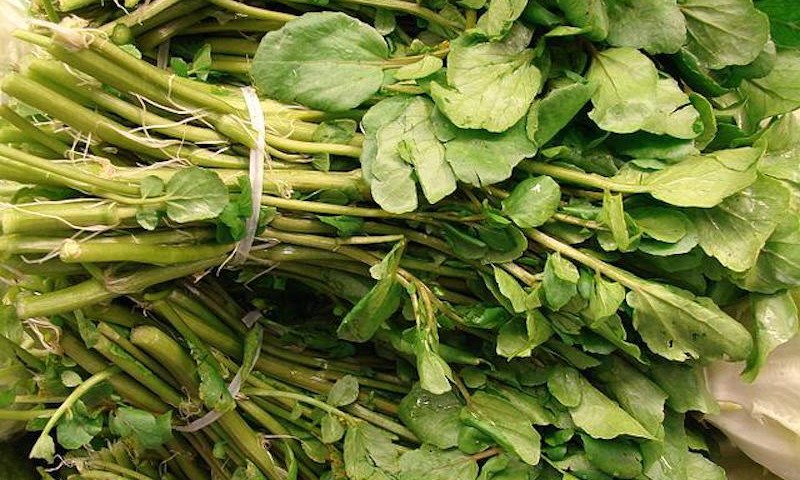 Benefits Of Watercress: Lower Blood Pressure And 6 Other Conditions It Can Alleviate

Most of us know watercress to be a plate garnish next to steak; a crunchy texture in an egg salad sandwich; or add-on to a salad. The cruciferous vegetable is emerging as the new “superfood” due to its high content of vitamins, minerals, and phytonutrients. As a nutrient-dense and low-calorie food, watercress will not only keep us slim, but also improve our overall health.

Watercress has been touted as a healing herb as early as the days of Hippocrates, who located the first hospital on the island of Kos, close to a stream to ensure fresh watercress would be available to treat patients. Modern science has found more than 15 essential vitamins and minerals in the herb, such as more iron than spinach; more calcium than milk; and more vitamin C than oranges.

“It is considered a superfood because of its high nutritional value and health benefit,” Dr. Nesochi Okeke-Igbokwe, an attending physician at NYU Langone Medical Center in New York, N.Y., told Medical Daily.

Below are six health reasons why we should add watercress to our diet.

Watercress is a “cruciferous veggie rich in antioxidants,” says Okeke-Igbokwe. Its antioxidant and mineral content helps flush out toxins to improve skin health. Watercress is rich in vitamin C; 100 grams, or three cups, contain 72 percent of our daily value of the skin-healthy vitamin.

A 2012 study found 10 out of 11 women experienced visible improvements to their skin after adding one bag of watercress a day to their diet. Meanwhile 7 out of 11 saw an improvement in their wrinkles without making any other changes to their usual health and beauty regime. It’s believed vitamin C creates collagen to give the skin the firmness and elasticity linked to younger-looking skin.

Watercress is high in lutein, which is an antioxidant good for the eyes. Lutein along with zeaxanthin helps filter harmful high-energy blue wavelengths of light, and helps protect and maintain healthy cells in the eyes. Of the 600 carotenoids found in nature, only these two are deposited in high quantities in the retina (macula) of the eye, according to the American Optometric Association.

“Lutein has protective properties for your visual health and may even play a role in preventing against eye conditions such as macular degeneration and cataracts,” said Okeke-Igbokwe.

Regularly eating watercress may help manage diabetes and prediabetes. In a 2015 study, researchers compared two treatments — daily watercress extract and insulin — to compare how each worked to manage blood sugar levels in type 2 diabetic rats. The findings revealed watercress extracts (200 mg/kg), or roughly 20 mg/kg in humans due to metabolic factors, has hypoglycemic and hypolipidemic effects. In other words, rats who ate watercress had lower blood pressure levels than the rats using insulin to treat high blood pressure.

Similar to beetroot and other leafy greens, watercress contains a high level of dietary nitrate. Most fruits and veggies contain high levels of naturally occurring dietary nitrates. Unlike nitrates that are added to preserve color and slow the growth of microorganisms in processed meat, these nitrates are an essential nutrient for plants to grow.

In a 2006 study, researchers gave 17 healthy, nonsmoking, young adults nitrate supplements, or the equivalent of nitrate found in 150 to 250 grams of nitrate-dense vegetables. The participants lowered their diastolic blood pressure by an average of 3.7 mm Hg in just three days. This suggests servings of vegetables rich in nitrate could have a protective effect against high blood pressure.

Cruciferous vegetables, such as watercress, have been found to protect against cancer.

It’s considered to be “a wonderful dietary source of (phenylethyl isothiocyanate) PEITC, which researchers have linked with having certain cancer preventive properties,” said Okeke-Igbokwe.

Watercress is also rich in a specific glucosinolate known as gluconasturtiin, which converts to PEITC in the human body. It contains more PEITC than any other cruciferous veggie. A 2015 study found PEITC has the ability to stop new blood vessels from forming, so tumors can’t access blood supply and multiply.