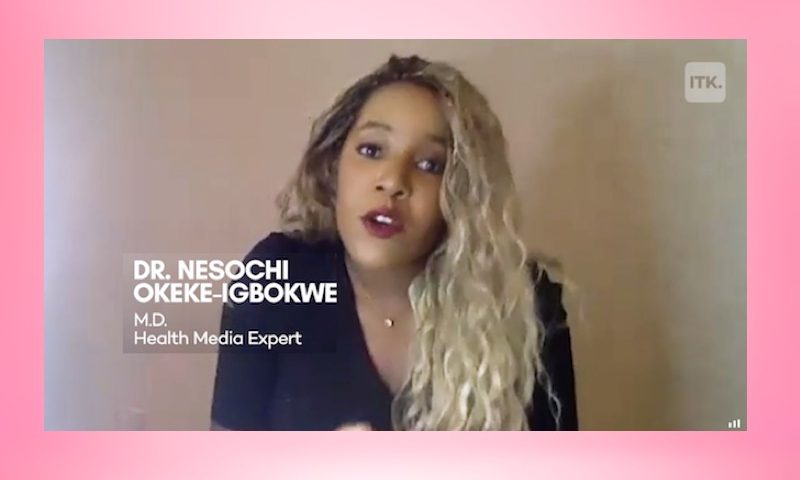 When you spend a lot of time scrolling past perfection, you might start to notice ways you compare, and with that, the ways you fall short — even if the photos you see aren’t entirely real.

In the late 1990s and early 2000s, it was widely accepted that many photographs in magazines and advertisements were digitally altered to achieve perfection, but back then, you could just close the magazine and move on.

Nowadays, our whole lives are online. We don’t just encounter these photos on Instagram, either — it’s hard to check your email or order dinner without encountering Photoshopped images of perfect-looking people.

Celebrities aren’t the only ones who have access to editing tools, either. Everyone has access to apps like Facetune that can alter the brightness of their teeth, their skin tone and texture and the shape of their bodies before sharing them online and passing them off as “reality.”

A 2016 study on the effect of social media photos on teenage girlsfound that exposure to manipulated photos directly led to lower body image and other negative thoughts. Though many detected the use of filters and effects, body reshaping went vastly unnoticed, and most said the images seemed realistic.

Simply put, we can’t tell what’s real and what’s digitally enhanced anymore. The expectations we place on our own physical appearances have been warped as we’re immersed in a sea of unachievable perfection, which can lead to self-esteem issues and depression.

When the standards we try to live up to aren’t even based in reality, we set ourselves up for a lifetime of frustration.

In The Know’s Phoebe Zaslav spoke to Dr. Nesochi Okeke-Igbokwe, a New York City-based physician and health expert, about why that’s so dangerous.

“It’s undeniable right now we live in a very image-driven society,” Okeke-Igbokwe told In The Know. “When people are kind of inundated with all these images of so-called perfection and these beauty standards that may be unrealistic … this can harm people’s self-esteem and cause issues.”

She explained that exposure to altered images can lead to body dysmorphic disorder, or BDD — an often debilitating mental health condition in which you can’t stop thinking about perceived flaws in your appearance.

BDD affects up to 2.9 percent of the population and is seen in people of all genders and ages, though it is most common among young adults and adolescents.

“It may lead them to feel socially isolated and not want to even interact with anyone at all,” Okeke-Igbokwe told In The Know.

Though they might not all suffer from BDD, a study from the National Institute on Media and the Family found that 78 percent of 17-year-old girls are unhappy with their bodies — a clear sign that something within our digital culture needs to change.

Thankfully, many influencers have begun speaking out about altered images.

Some have admitted to modifying their images in the past. Others are sharing totally unedited photos and breaking down how other people who appear on your Instagram feed may be manipulating their angles and lighting to get that “perfect” selfie.

If more influential people shared more realistic images of their lives, their followers wouldn’t feel like they were falling short all the time.

Okeke-Igbokwe told In The Know that there’s another important lesson here about social media and self-worth.

“Your social media identity does not equate to your actual real-life identity. It’s not who you are,” she said. “Anyone that puts up images on social media — they are more than just those images, and there’s a real life that occurs behind those images.”

She told In The Know it’s important to disconnect from time to time and turn your attention to your offline life.

“Focus on your relationships with family, friends,” she said. “Don’t just let your life revolve around your social media platform of choice.”

Okeke-Igbokwe said it’s OK to give your social media feed a “makeover,” too. If a celebrity or friend is sharing posts that make you feel bad, unfollow them.

“If you’re always comparing yourself to this one profile or this one individual, it’s going to start to gnaw away at you,” she told In The Know. “There’s no issue or problem in unfollowing, muting them from your feed and just doing whatever it takes to make sure that you’re kind of maintaining your mental health.”

Remember, it’s your feed, your body and your life. Take the steps you need to create the healthiest possible environment for yourself — you have an expert’s permission to do so.

Learn More on In The Know