Dr. Nesochi discusses some of the causes of feminine odor on Sheknows. 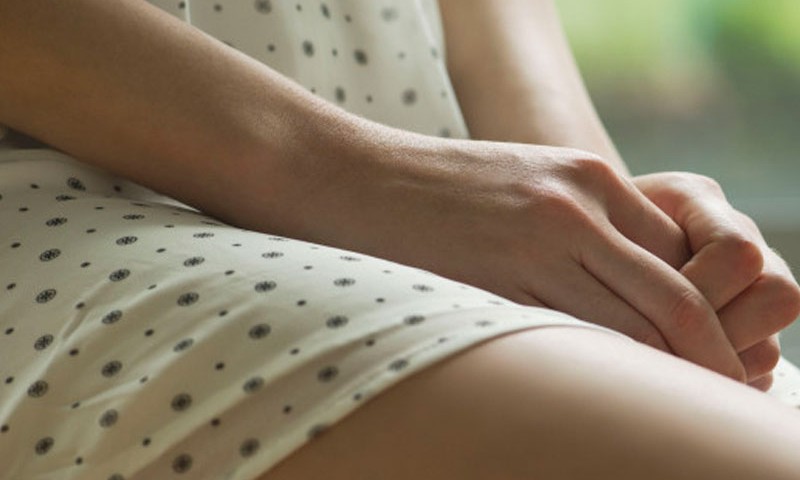 If you’re past the age of puberty, you have probably figured out that vaginas have a distinct smell — love it or hate it, by now you should be accustomed to your own “brand” of feminine scent. Most of the time, a feminine smell like this is fairly pleasant and might even be described as musky. In other cases, where the smell of your lady bits is a little bit off, it could be the sign that something is wrong.

Here are five common reasons (and one bonus!) that the smell of your vagina might start going south:

Bacterial vaginosis sounds like a big, scary term, but it’s actually very common. In fact, BV is the most common cause of vaginal odor, according to the Mayo Clinic. Every vagina is filled with naturally occurring bacteria, and BV is simply an overgrowth of that bacteria. According to Mary M. Gallenberg, M.D., OB-GYN for the Mayo Clinic, most women in their reproductive years will experience at least one case of BV. The cause is unknown, but unprotected sex and frequent douching can put you at a higher risk. Other symptoms include itching, soreness and discharge.

Dr. Nesochi Okeke-Igbokwe, an internal medicine doctor based in New York City and attending physician at NYU Langone Medical Center, confirms, “BV is an infection caused by an overgrowth of certain bacteria in the vagina. BV may cause a fishy, malodorous discharge. This odor is usually most prominent after sexual intercourse.”

Some cases of BV will go away on their own, but Planned Parenthood recommends that all women with BV symptoms visit their doctor for treatment to prevent rare, but serious, complications. Treatment for BV is usually simple: Okeke-Igbokwe says, “The treatment for this is antibiotics.”

A yeast infection is also very common (and very uncomfortable!). They present much like BV, with the addition of a thick, white discharge. But here’s the kicker: Yeast infections are often easy to miss because they don’t have a very strong smell. Okeke-Igbokwe says, “A yeast infection is a very common fungal infection caused by the overgrowth of yeast called Candida. The vaginal discharge associated with yeast infections tends to have a cottage cheese-like appearance and can be odorless, though sometimes it can produce a mild odor that essentially smells like bread or yeast. The accompanying symptoms of a yeast infection may include vaginal itching, redness, burning and pain with urination or sexual intercourse. These infections are treated with antifungal medications.”

Yeast infections don’t require antibiotics and instead can be treated with a one- or three-course vaginal anti-fungal treatment. Your doctor may also recommend a one-time oral anti-fungal treatment. Treatment for yeast infections has become very simple and can even be purchased over the counter. Most of these treatments tend to get messy, so it’s better to use them overnight. Gallenberg recommends you visit your doctor if you are experiencing these symptoms, but have never been diagnosed with a yeast infection, as well as if treatment doesn’t resolve the symptoms or you get four or more infections in one year.

Some STDs can cause feminine odor, the most common being chlamydia and gonorrhea. Both diseases are common and easy to treat, but can cause serious complications if they go untreated. Unfortunately, both are also often undiagnosed because they may or may not produce symptoms. The most common symptoms of chlamydia and gonorrhea include painful urination and puss-like discharge, although an unpleasant odor is often present as well.

That’s not all — Okeke-Igbokwe continues, “Trichomoniasis is a sexually transmitted infection caused by the parasite trichomonas vaginalis. Women infected with this may have a greenish discharge with foul smelling odor accompanied by pain while urinating. This infection is also treated with antibiotics.”

See your doctor immediately if you are experiencing any of these symptoms and avoid risk by abstaining from or using protection during sex.

Leave that STD untreated and you could be in for a world of hurt — in the form of pelvic inflammatory disease. “Pelvic Inflammatory Disease (PID) is an infection of the female reproductive organs that may arise as a complication of STDs like chlamydia or gonorrhea. PID may also cause feminine odor,” says Okeke-Igbokwe. “Symptoms of this infection may include foul-smelling vaginal discharge, pain with intercourse and abdominal/pelvic pain.”

PID usually isn’t diagnosed until you experience chronic pain or have trouble getting pregnant because it often doesn’t have symptoms. PID can often be treated with antibiotics, though it may leave behind scar tissue that has lasting effects. According to Gallenberg, lasting effects might include chronic pain, infertility or ectopic pregnancies.

It’s possible that the cause for your feminine odor may be nothing more than poor hygiene. We’ve got a lot of complicated parts down there, and caring for them isn’t always easy. Make sure you’re covering all your bases to keep your lady parts fresh and clean.

As Okeke-Igbokwe explains, there are two ways that an unpleasant smell caused by poor hygiene can occur (that are also easy to fix): Sweating and a lack of washing. She says, “Apocrine sweat glands, some of which may be found in the genital region, may contribute to sweating around the genitalia. Increased sweating after exercise or increased physical activity may certainly lead to vaginal odor. Maintaining good hygiene is essential to avoid feminine odor. Routine showering is highly encouraged.”

First and foremost, make sure you’re washing thoroughly every day. Women have oil and sweat glands in the vaginal area that, while completely natural, can cause odor if not attended to. Use mild, fragrance-free soaps, because anything else can upset that sensitive area and lead to even more troubles. Make sure you wipe from front to back after using the restroom and wear clean underwear every day, even if you don’t have time to shower.

There are a lot of products out there that claim to help with odor and keep our parts “presentable,” but stay away from them. Douches, sprays, cloths and creams all claim to help women achieve some sort of super-cleanliness, but they actually cause more problems than they solve. Douches remove some of the bacteria that work to keep your vagina healthy and scented products have been known to cause irritation.

This may not be the “bonus” you had in mind, but it certainly will make for a good story (and a hefty ER bill) later. Forgetting a tampon is something that happens to the best of us, and it can also be a common cause of feminine odor, says Okeke-Igbokwe. “I am sure you have heard stories about women who have forgotten that they have left a tampon in for prolonged periods of time. A retained tampon in the vagina for extended time periods can be quite dangerous. Not only may it cause increased vaginal odor, but in some instances may lead to toxic shock syndrome.”

So you can keep on smelling fresh as a daisy, follow the golden rule and change your tampon at a maximum of every eight hours. And if you happen to forget — hurry up and fish that sucker out.