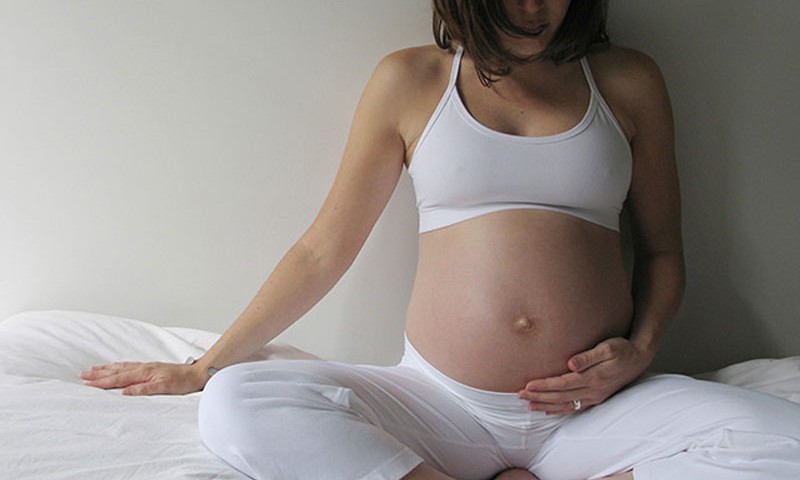 Depression is a condition that affects millions of Americans daily, including women who are pregnant or who have recently given birth. Due to the possibility of this mood disorder impacting not only the mother, but also the child, new recommendations issued by the U.S. Preventive Services Task Force advise that pregnant women and new mothers undergo depression screening.

Also according to this task force, 9% of pregnant women and 10%of new moms experience a major depressive episode. The onset of pregnancy-related depression may be caused by a number of factors, including hormonal changes, physical changes or stress. Women who have a previous history of depression who typically experience severe premenstrual syndrome or premenstrual dysphoric disorder, or who have relationship difficulties, medical complications or a lack of support are also more likely to become depressed during this time.

Key indicators of depression during pregnancy are lack of energy or motivation, feelings of worthlessness and guilt, and changes in appetite or weight. Someone experiencing depression during pregnancy may also notice that they are sleeping more or less than usual, or in extreme circumstances, that they are having recurrent thoughts of death or suicide.
After childbirth, postpartum depression symptoms may include a lack of interest in the baby, negative feelings toward the baby or worrying about hurting the baby. New mothers can also find themselves lacking concern for their own well-being or experience feeling a loss of pleasure.

If these symptoms are not resolved, or if they worsen over time, they can have severe impacts on the woman’s life, her ability to take care of her child and in her relationships with others. For example, research has linked depression during pregnancy and postpartum2 with preterm birth and low birth weight, mood problems and developmental delays in the infant, among other complications.

“Depression during pregnancy and the postpartum period may have negative consequences for both mother and baby. It is therefore imperative that physicians screen their pregnant and postpartum patients for depression as per the most recent US Preventive Services Task Force recommendations,” explained Nesochi Okeke-Igbokwe, MD, MS, a hospitalist at the NYU Langone Medical Center in New York, NY “Routine implementation of these screening measures in women during and after pregnancy may in fact foster a more comfortable environment for patients to speak openly about any of their depression symptoms.”

As reported by National Public Radio,3 more recent studies have shown that babies and toddlers born to mothers experiencing depression can be subject to numerous other problems. These challenges can include their being more difficult to console or the likelihood that they will have social interaction and/or sleeping problems.

Additional problems found in children of depressed mothers include temper tantrums, aggression and hyperactivity. They also tend to experience developmental delays . Studies have shown that children of depressed mothers have lower self-esteem and are more anxious, fearful, passive and overall less independent. They are also at risk of developing major depression early in life.

When healthcare providers screen people for depression, there is a standard process prior to diagnosis. First, patients are required to complete a paper or electronic evaluation of risk for depression. However, because patients may provide false information on this test, the results are not always accurate.

If the test does reveal that a patient is at risk for depression, a provider can complete a more thorough evaluation. Research has found that a nine-question test, the Patient Health Questionnaire, is the most efficient at identifying patients with depression. The U.S. Preventive Services Task Force also recommends a seven-question test as an alternative for screening the general population, and notes that older adults and women during the perinatal period should be screened with variations of these tests.

“Screening for depression in pregnancy is very important. Depression, anxiety or any other mental health diagnosis during pregnancy has potential health effects in the developing baby and the mother,” said Katayune Kaeni, PsyD, a psychologist specializing in maternal mental health in Claremont, Calif. “If a mom has depression or anxiety during pregnancy and she is not treated, there is a higher risk of more intense depression or anxiety postpartum, which can also be devastating to mother, child and family.”

If depression is confirmed, physicians should discuss all treatment options with their patients. While antidepressants are a commonly used solution, the safety of these medications for fetuses and breastfeeding babies has previously been brought into question. Thus, it is recommended that clinicians first try to treat these women with therapies such as cognitive behavioral therapy.