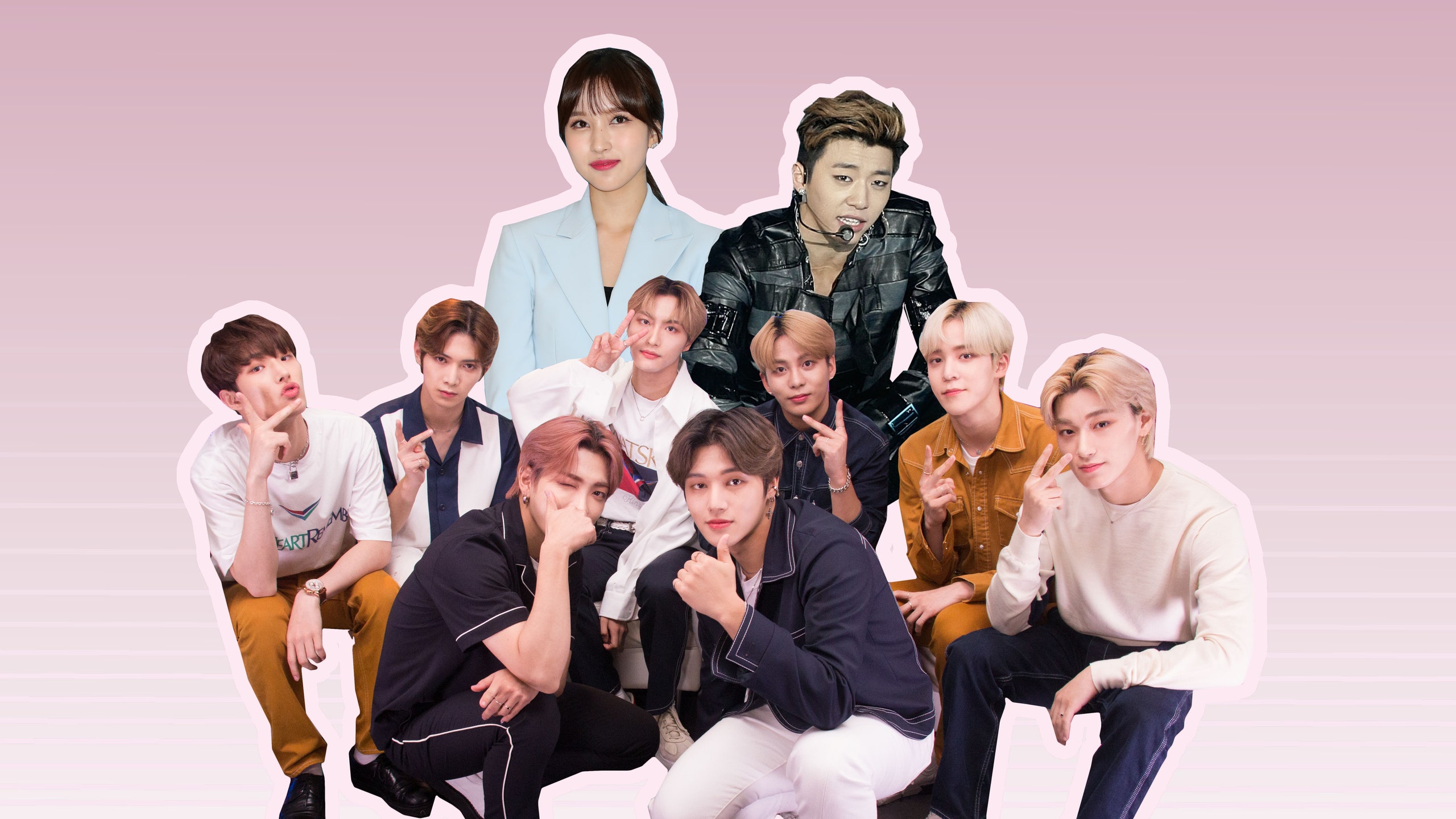 From Billie Eilish recently opening up about her panic attacks to Ariana Grande canceling meet-and-greets to preserve her mental energy, there is a growing openness and understanding of mental health when it comes to some of today’s biggest pop stars. And as American musicians become more candid about mental health, conversation and activation around the topic in the world of K-pop are also slowly but surely becoming more acceptable.

In an industry that often recruits its artists as teens to train and prep them for years before deciding if they’re ready to make their musical debut, the K-pop scene requires long-standing dedication, perseverance, and hard work. Even for those who do not take the typical K-pop star route through one of the various idol-generating entertainment companies, South Korean society is notably tough with loads of pressure put on young people and students. The country consistently has one of the highest death by suicide rates in the world—the second-highest among developed nations— and experts continue to point out that there’s a lack of resources for those struggling with mental health.

Recently, the world has faced two tragedies with how this stigma may affect the K-pop scene. Beloved singer Kim Jong-hyun, a member of boy band SHINee, reportedly died by suicide during December 2017. The day after this death, a colleague reportedly shared a message from Kim in which he wrote that he was “broken from inside” and said his depression wasn’t taken seriously. Tragedy struck again earlier in October when Sulli, a singer-actress and former member of girl group f(x), also passed away unexpectedly from what is suspected to be suicide. Sulli was beloved within the world of K-pop, often going against the grain and being vocal about her longtime struggle dealing with malicious commenters and rumors following her career for years.

“K-pop stars usually make their debut during important formative years of their youth,” New York-based physician and health expert Dr. Nesochi Okeke-Igbokwe tells Teen Vogue. “They may face the continuous stress of intense schedules, sleep deprivation, and the daunting pressure to be ‘perfect’ in the public eye.”

The idea of being perfect as a K-pop artist—or an “idol,” as they’re known in Korea hinting toward their need to be ideal, perfect humans—is felt in everything from the way they sing and dance to their mannerisms on television with a heavy emphasis on their looks and physique. In Korea’s highly digitally connected society, public opinion and perception are often swayed by ruthless online comments and social-networking sites. Fans also often police their personal lives, even criticizing them when they’re seen with someone that they’re potentially dating.

At one of America’s largest gathering of K-pop fans, KCON Los Angeles, health was on fans’ minds. Two well-attended panel sessions at the convention tackled the topic of mental health in K-pop head on while The Los Angeles Times highlighted how artists help create safe spaces and communities for different kinds of people to come together.

Despite how willing fans are to discuss these topics, the stars are usually more tight-lipped—though it’s unclear whose choice that is. When bringing up the subject of mental health and self-care in various interviews, many artists choose to stray away from the topic or turn the question around to present it as tips to help their fans instead of sharing anything too personal. In fact, one artist’s management team appeared so concerned about the topic of hardships as a K-pop star that they refused Teen Vogue to allow the question entirely.

The K-pop scene delivers a unique set of stressors that arguably go beyond the worries of your usual performer. Everything from an idol’s perceived attitude to the way they rest their head can be picked apart by Internet users with female performers earning considerably harsher critiques. Even at the airport, stars are expected to put fashion before comfort for photographers (or risk causing a controversy) and grin and bear mobs of fans and reporters.

“Having to deal with such intense stress and public scrutiny at a very young age is not something that everyone can handle,” adds Dr. Okeke-Igbokwe. “Experiencing high levels of stress incessantly can compromise anyone’s physical and mental health. Chronic stress may translate into a weaker immune system for some and increase the risk of various health conditions.”

Furthermore, keeping a perfect and still image—both figuratively and literally—is a cornerstone of K-pop culture.

“There is tremendous pressure for K-pop stars to fit into a mold of beauty,” says Dr. Michelle Lee, a board-certified plastic surgeon who frequently sees international entertainers at Beverly Hills’ PERK Plastic Surgery. Korea is frequently known as a plastic-surgery capital, boasting the highest rate of cosmetic procedures per capita in the world. “Whenever we see rising K-pop clients, our first goal is always to determine if the motivation for plastic surgery is from the client or from external pressures. Plastic surgery should never be motivated by someone else.”

While there’s a lot of work to be done when it comes to breaking down the stigma around mental health, some groups have leaned into a more simple message of positivity. Rising boy band and KCON standout ATEEZ have spoken up about the supportive community their fans, known as ATINY, have created and encouraged them to continue being positive influences on one another. “I was able to feel the love of fans and because I felt that love it kind of got me thinking about how to encourage more of that,” member Seonghwa tells Teen Vogue (via translator).

“We knew about [how our fans support each other] and that’s a good, good situation that they’re already doing,” ATEEZ leader Hongjoong adds. “We all feel that way. We want to encourage fans to keep doing that and overcome their struggles in that way too.” ATEEZ recently released their new Treasure Ep.Fin: All to Action album that tucks in comforting topics and sentiments inside their hard-hitting hip-hop/pop style on tracks like “Mist” and “Sunrise,” both of which have themes about a sun rising, a common literary motif representing hope, and the chance for happiness and a better day.

ATEEZ take that message to heart and once again look to be examples instead of sharing explicit advice for listeners. “We always talk about the sunrise,” explains Hongjoong. “If we watch the sunrise up, we can rise up. We have a real type of emotional connection to that image too…so, when we talk about our image, we talk about that, we’re like a sunrise. If the sun rises, then it’s bright and wonderful, so I connect that with us.”

While many in K-pop continue to be mum about mental health, there are a number becoming more openly explicit and personal about their wellbeing.
In 2016, rapper-producer Bang Yongguk decided to sit out of promotions for an album with his boy band B.A.P after sharing he was dealing with anxiety and panic disorders. Oh My Girl singer JinE first opened up about her ongoing battle with anorexia back in 2015. She eventually chose to exit the entertainment industry to focus on her health. And earlier this year, Mina of K-pop’s prominent girl group TWICE sat out of the group’s first-ever U.S. tour due to “sudden extreme anxiety and insecurity towards performing on stage.” In all these instances, the artists and record labels addressed the issue head on when many times vague explanations like “personal reasons” or “health concerns” are shared in statements, seemingly in an effort to keep K-pop stars’ pristine images intact.

Many fans are still demanding resources be available from the get-go so that things don’t escalate for these idols. Entertainment groups like Fantagio Entertainment (home to popular groups like boy band ASTRO and girl group Weki Meki) have begun implementing suicide prevention and sexual health classes into their artist training, a rare move that has been applauded by international fans. “It is so critical that healthy outlets are available for these young stars to cope with stress and really make self-care a priority while they endeavor to make it to the top,” comments Dr. Okeke-Igbokwe.

Around the world, the stigmas around mental health and discussing it are fading and some of the biggest superstars are helping speed that conversation along. K-pop artists and their companies have the ability to enter and take hold of these conversations on their own terms, paving the way for better communication with idols about their wellbeing and mental health.