Dr. Nesochi discusses signs that your baby might be sick on SheKnows. 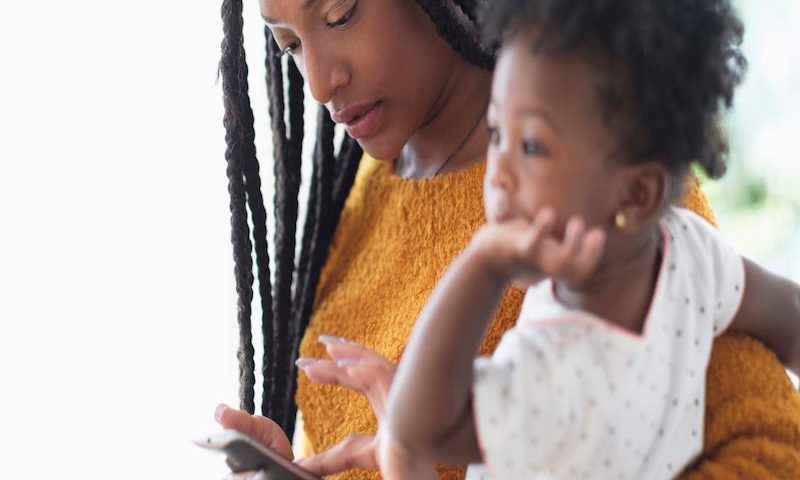 If your baby is experiencing these symptoms, it’s time to call the doctor

There are so many joys that come with being a new parent, but for every moment of excitement, there’s usually about 10 moments of worry — especially if you’ve never had a baby under your care before. And when your baby is under the weather, things can get pretty scary. A lot of the time it’s hard to tell the difference between a normal upset stomach and real illness that should be cause for concern.

How often your baby gets sick can vary. Babies in daycare might get sick a lot more as they are exposed to more germs at a young age (hopefully building their immune system for the future). To make matters worse, babies under 6 months who get sick aren’t able to talk to you and tell you what’s wrong. From babyhood to preschool, the average child may get a cold seven to eight times a year, so the early indicators of sickness are good to know.

“Oftentimes when children are ill, they will exhibit behavior that is a marked deviation from their baseline. If you ever notice a very huge difference in the manner in which your baby is behaving and interacting with you, that is a telltale sign that your child should be evaluated by a doctor,” Dr. Nesochi Okeke-Igbokwe, Attending Physician of Internal Medicine at NYU Langone Medical Center, says.

Knowing what signs to look for can help calm the panic so that you can decide if it’s serious enough to make an appointment with the pediatrician:

Fever itself is not an illness, but rather the baby’s response to an illness – most commonly an infection. Call the doctor if your infant is less than three months old and has a rectal temperature above 100.4 F, or if your baby is between 3 and 6 months and has a temperature above 101 F. Even if the temperature is lower than these general guidelines, call the doctor if your infant appears ill with such signs as a rash, irritability, poor feeding, trouble breathing, a stiff neck, persistent vomiting or diarrhea, signs of dehydration or is lethargic or difficult to arouse.

If an infant has a fever coupled with symptoms of extreme somnolence, lethargy and inarousability, that is a definite cause for concern, Dr. Nesochi says. “The constellation of symptoms including fever, neck stiffness and sensitivity to light is also concerning and may be indicative of a very serious condition such as meningitis.”

Dehydration can happen if the baby is feeding poorly, has a fever, is in too warm an environment, or has persistent vomiting or diarrhea. You can recognize dehydration if your baby has a dry mouth and gums, wets the diaper less frequently, sheds no tears when crying or the fontanel (the soft spot on the top of the head) appears to sink slightly. If you think your baby is dehydrated, call the doctor.

Diarrhea is common in infants, but call the doctor if there is blood in the stool (which can appear bright red or, more serious, black), the baby has more than six watery stools a day, is not taking fluids or shows signs of dehydration.

Infants commonly “spit up” but frequent vomiting is reason for concern. Vomiting may not be serious if it happens only once or twice. However, if it happens more frequently, contains blood or is green in color, or if the baby looks dehydrated, call your doctor.

If your baby is having trouble breathing, you need to call the doctor and 911 immediately.

Signs of difficulty breathing include:

Children’s lips are typically pink, so if a baby has blue lips, it’s important to evaluate their breathing, says Dr. Danelle Fisher, MD, FAAP, chair of pediatrics at Providence Saint John’s Health Center in Santa Monica, California. If a baby with blue lips is coughing, has a fever or has had seizure activity, it’s time to contact the doctor. A happy, playful baby who just ate something bluish or purplish in color, on the other hand, may have blue lips for a totally innocuous reason.

If your baby’s navel (or umbilical remnant) or penis turns red, is oozing or bleeding, call the doctor immediately. These are signs of an infection.

Rashes are common in babies, but call the doctor if the rash covers a large area, especially the face, or is accompanied by a fever, oozing, bleeding or swelling, or if the rash looks infected.

Upper respiratory infections (URIs) are caused by a virus and are very common in infants. They usually last one or two weeks with an associated runny nose, fever and poor appetite for a few days, and a cough which can last as long as two to three weeks. More serious symptoms require doctor’s care.

Call your doctor if:

Finally, under all circumstances, if you’re very worried that your baby looks really ill, trust your instincts and call the doctor. With or without any of the symptoms above, your gut will tell you if something isn’t quite right — especially if your baby’s energy levels are lower than normal. “It is important to remember that even though thought babies do not talk, they do ‘talk’ to us in different ways. One important way in which they ‘talk’ to us is in their overall energy level,” Dr. Robert Hamilton, pediatrician at Providence Saint John’s Health Center in Santa Monica, California, says.

Children who are sick don’t act like their normal selves. “Mothers know, what I refer to as the ‘plumb line of normalcy’ in their child. They know everything about them; how much they eat, how long they sleep, their basic patterns of stopping and sleeping. When children are not well, these patterns change, maybe subtly, but they do,” Dr. Hamilton says. According to Dr. Hamilton, the scariest phone call that he could receive from a mother goes like this: “‘Doctor, I am not really sure what is happening with my daughter, but she is different. I can’t explain it, but over the past 24 hours, she has changed.’ This kind of phone call immediately gets my attention, and I will see that child immediately.”